This is the power point file for a lecture on Wittgenstein’s reflections on “the world” in his Tractatus Logico-Philosophicus.

We can distinguish three styles of political philosophy: abstract, normative theorizing, political realism, and a diagnostic practice. I argue that the third is the most fundamental in that it concerns the epistemological conditions of political thinking.This is a power point file for a lecture given at Bilkent University, Ankara, Turkey, on April 21, 2018, and then in revised form at the University of East Anglia in Norwich, England, on April 27.

An examination of fundamental issues in ethics. The care of the self, the ethics of interpersonal relations, and the ethics of social and political communities. A discussion based on Western and Non-Western sources, both classical and modern authors. 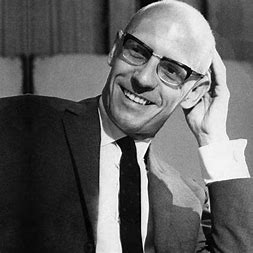 A comprehensive examination of the writings of Michel Foucault that focuses on his attempt to re-think what philosophy can do and what it can mean to us. The course will concern itself, in particular with his changing conception of the subject or self from his critique of Kant’s “empirico-transcendendental double” through his understanding of the self as a function of power-relations to his discovery of “the care of the self” in his late writings.