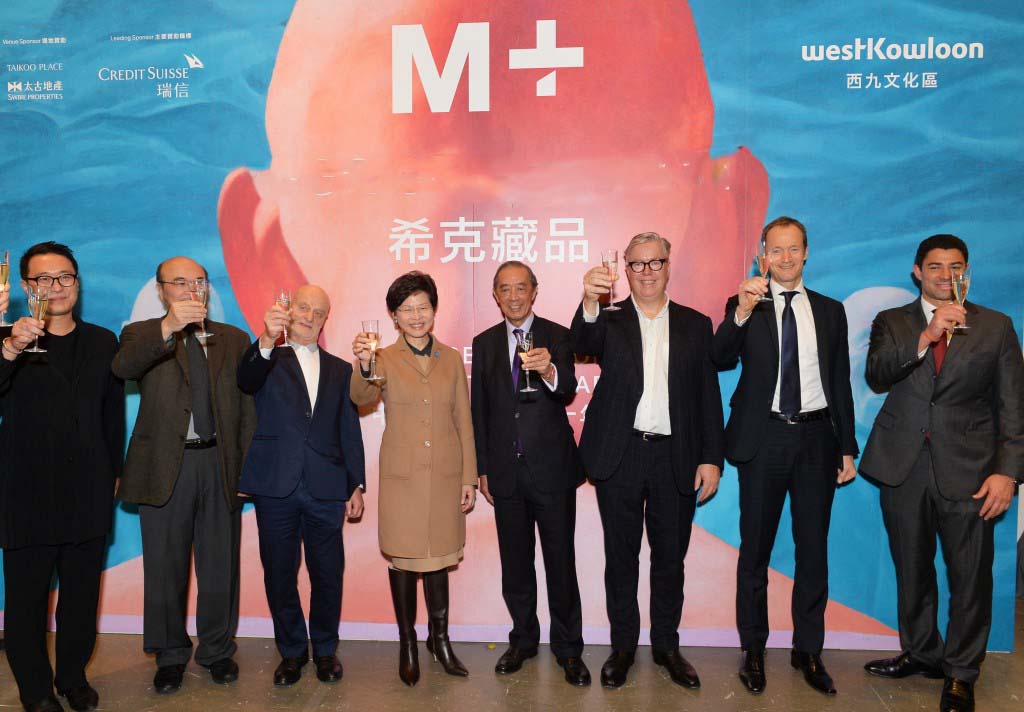 On the outside Hong Kong’s new M+ museum has all the charm of a cigarette box; inside it is as heart-warming as an oversized car garage.  There is nothing intimate, personal, attractive, alive, or memorable about this building. Many years in the planning and fantastically expensive, it is a structure without recognizable architectural merit put into an anonymous development area, the work of an over-rated firm from Switzerland. Herzog & de Meuron is the current go-to place for the kind of people who commission new museums across the globe and it is responsible for a series of architectural disasters such as San Francisco’s De Young Museum and the Vancouver Art Gallery. The Hong Kong museum now joins that group. It is part of a new institutional genre representing the full marketizing of “art” and “culture” for the sake of governments and corporations who see a need to adorn themselves, for millionaire and billionaire “benefactors” who are trying to enhance their financial and reputational status, and for “art professionals” set on making a decent living from all this. M+, like its sister institutions, is in fact nothing but a monument to a cold institutional nihilism.

M+ is the dream project of Hong Kong bureaucrats with no special taste for art but determined to put Hong-Kong on the “artistic” map. According to the bloated promotional verbiage the new building is already “among Hong Kong’s most iconic landmarks, both monumental in its architectural form and radically open in its position in the urban landscape.”  Iconic, certainly not; and does the phrase “both monumental … and radically open” mean anything?  Anyone who has actually stumbled through the concrete wilderness of the area will equally wonder about the implausible claim that “the West Kowloon Cultural District is one of the largest and most ambitious cultural projects in the world.” The new museum is, in reality, meant to bolster Hong Kong’s increasingly dubious claim to being “Asia’s world city.” It is intended to draw tourists who have otherwise not much to look at in this city where so many traces of the past have been obliterated or ruined. It is also meant to confirm the city’s claim to being an international art market. And in this description, it is the words “international” and “market” that matter. What Hong Kong’s thoroughly parochial bureaucracy has produced has little to do with art. There is a real art scene in Hong Kong but it is far from this museum and not large enough to establish a local identity on which a living museum could be built. The M+ that Hong Kong has ended up with is, in effect, no more special than K 11 or IFC 1 or any other of its many shopping malls – the only difference being that it is unlikely to draw the same crowds.