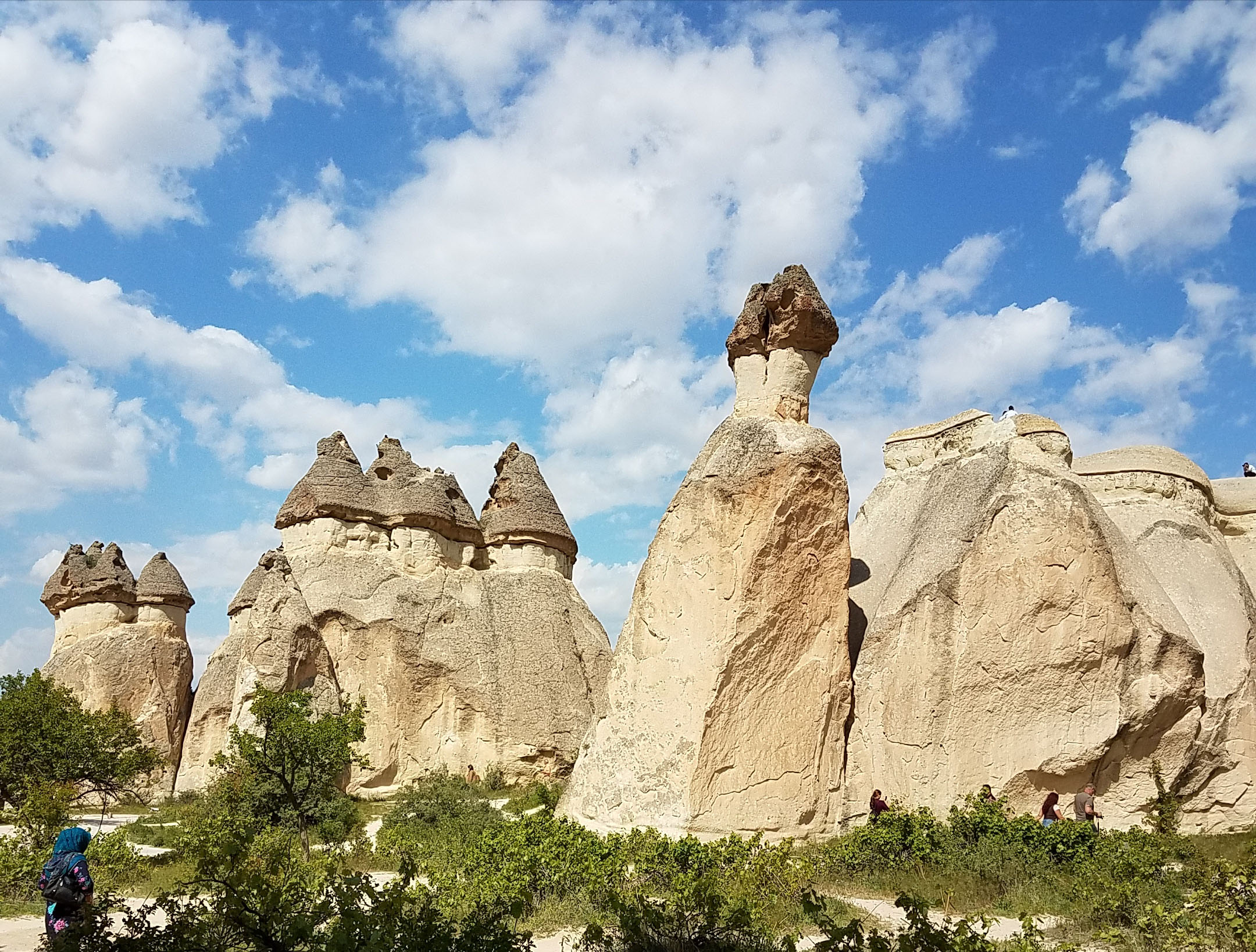 Coming from Ankara, one travels for hours on a plateau of rolling hills that shimmered in all kinds of colors from the freshest green to a deep golden brown. Remarkably, there were almost no trees to be seen apart from those newly planted along the roadside. As for animals, we saw a few herds of sheep, one or two cows, and almost no birds in the sky. Humans seemed just as scarce: no towns and only some distant villages. Far away, snow-covered mountains peaked through the morning haze. The sense of peace was certainly overwhelming after London with its restless millions and after the endless high-rises and crowded freeways of Turkey’s polluted capital. ddenly we reached the edge of a sandstone ravine and faced a mysterious landscape of rocks looking like giant witches’ hats punctured with the dark shadows of cave entrances, valleys filled with columns of stone sculpted into fantastic shapes by wind and weather. Human beings have lived here for thousands of years. There used to be entire cave cities, some of them lived in till the 1960’s.

Some of the caves turn out to be dwellings that reach four or five stories up and or four or five stories down into the ground. It is easy to see why our forebears dug them out. They provided shelter from rain and storm and the summer heat. They were solid and their hard floors could be easily cleaned. They provided protection also against wild animals but, more important still, also against hostile humans. Why live in a rackety makeshift house somewhere openly on the plain, when you can hide from marauders deep in these caverns? The caves were, in other words, the nuclear shelters of antiquity. They tell a story of how dark and dangerous life can become, of warfare and cruelty, and how much it takes in the struggle for human survival.