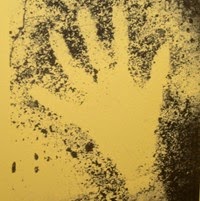 But was it really a twilight period? Or was it, perhaps, not a time in which the human species truly flourished and in which it could hence live contentedly for some millions of years? We hardly ever think of the price of civilization. You have to turn to someone like Nietzsche to raise that question. Susskind is writing of the coming of a new, digital world. And while he discerns problems along the way, he is still imbued with the spirit of technological optimism. He describes with admiration how our computers can now play chess and Go better than any human player. The technological capacities are remarkable, but the value of our games has been diminished and we ourselves have become thereby diminished. Who are those engineers who work so eagerly at the diminution of our species? What spirit of resentment drives them? What drove us out of the paradise of our primitive, pre-historic existence? Were we already stained by the will to power whose effect we see before us every day now in its terrifying beauty?

Nietzsche, for all his clear-sightedness, was also still blinded by the idea of progress when he projected the coming of the Übermensch. Who says that whatever or whoever comes after us will be beyond and above us? Is it not possible that we are living right now in the twilight period of our species?