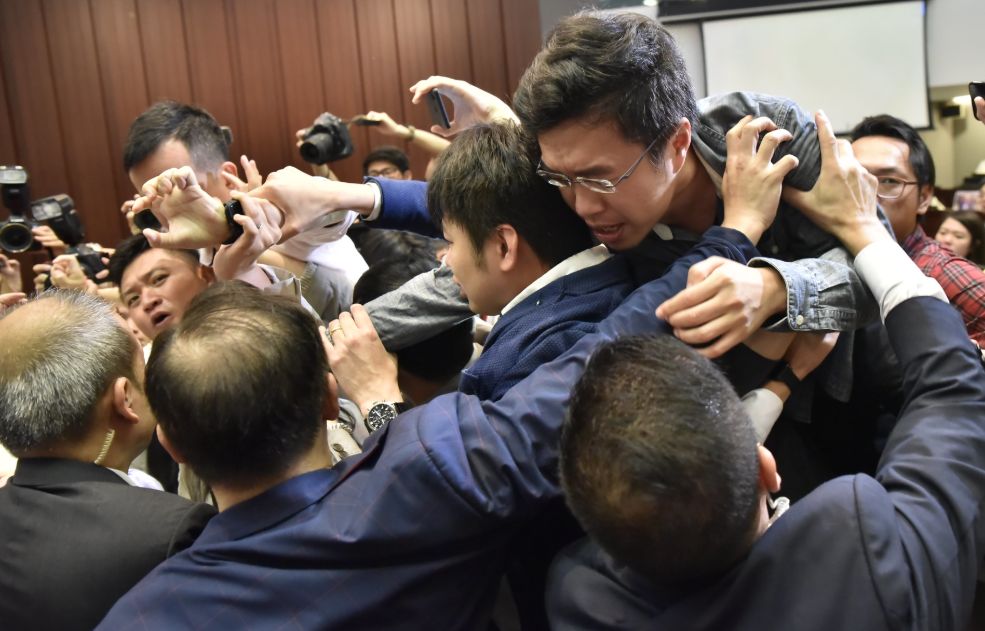 There was heavy fighting yesterday in the Hong Kong legislature over a newly proposed extradition law. Legislators were injured in the melee. The previous day had seen demonstrations in the street.

The law is supposed to sort out a pending case of a murder committed by a Hong Kong man in Taiwan. The accused has fled back to Hong Kong and the authorities say that he cannot be extradited because there exists no appropriate law to do so. But Hong Kong democrats are highly suspicious because the law would also allows extraditions to mainland China.  They see in it the long hand of Beijing which wants to get hold of those it accuses of having committed political crimes. The Hong Kong government is trying to soothe tensions by arguing that there are safeguards in the new law. Extraditions will not be automatic but will be reviewed individually. But knowing the weakness of the Hong Kong authorities in the face of pressures from Beijing that sounds hardly reassuring.

Officially, Hong Kong s a “self-administered region” under the current “One Country, Two Systems” arrangement. But that arrangement is under pressure. It is set to come to an end in twenty-four years. At the same time, Beijing is increasingly making itself felt in a hundred different ways. It’s goal is evidently to integrate Hong Kong step by step into the Chinese system: politically, economically, and socially. The resukt is an inevitable struggle between those who are willing to go along wirh Beijing’s demands and those determined  to resist.  We must look forward to more turmoil in the years ahead.