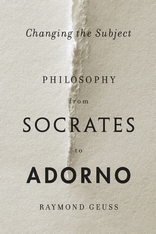 Raymond Geuss has made a name for himself in recent years as a critic of the abstract, normative theorizing that dominates mainstream political philosophy today and is represented most prominently by the work of John Rawls. (The kind of philosophizing that asks: What is the ideal socio-political order? What is the best form of government? What are the right principles of justice? and that proposes carefully honed theoretical answers to these set questions.)  By contrast, politics, is for Geuss, a practical craft rather than the application of a theory; it is concerned with what people do rather than what they ought to do; and its actions take place in institutional contexts that change over time. Political thought should therefore be  realist, practical and historical in spirit and forego the search for general normative principles; these, Geuss argues, will in any case turn out to be formulaic and politically useless. (Philosophy and Real Politics, Princeton University Press, Princeton 2008)

It is, perhaps, no accident then that Geuss has been led now to take a broader critical look at the entire tradition of philosophy. Changing the Subject consists of twelve essays on individual philosophers from Socrates to Adorno, focusing in almost every case on a single text. Geuss calls it “an intellectually relaxed essayistic introduction to some issues that I take to be of interest.” (p. xvi) Socrates, Plato, Lucretius, Augustine, Montaigne, Hobbes, Hegel, Nietzsche, Lukács, Heidegger, Wittgenstein, and Adorno are each given an essayistic reading, but some other prominent philosophers – Aristotle, Descartes, Leibniz, Spinoza, Hume, Locke, and Kant – are all absent. But historical completeness is not Gauss’ goal. That was, he explains at the end of his book, to show us how “the questions which humans ask change, depending on the historical and social circumstances.” Most of the questions which philosophers have asked were moreover never convincingly answered and some have simply disappeared. In a final, positive flourish Geuss declares: “There are, however, questions that do not go away, even if we cannot adequately answer them.” (p. 302) It is obviously his hope to have shown in the course of his twelve essay which questions these are and why it is worth asking them in ever new ways, even when we can’t come up with conclusive answers.

But there is another worry that becomes apparent in Geuss’ conclusion to his book. He understands that “the twelve authors whose work was discussed here do not form a natural group or an invisible collegium or tribunal.” (p. 302) Why then do we call them all philosophers? What is this discipline whose questions seem to be changing over time and whose answers are never final? Geuss is convinced that there has been enough continuity “that one can pick out an identifiable configuration called ‘philosophy’.” (p. 296) But the configuration has a specifically historical character: it began with Socrates and Plato, and we should not assume that it will persist indefinitely. Geuss has, indeed, doubts that it can go on because “it is a highly peculiar social and cultural configuration which requires a highly specific set of conditions to flourish. These conditions, whatever they are, do not seem to have existed during the past forty years.” (p. 301) The conclusion suggests itself to him because he does not see any kind of originality left in philosophy, no real capacity for turning old questions into new ones. Philosophy, he fears, has lost its capacity to “change the subject.” And it is certainly remarkable how “professional” and inbred philosophy has become today, how preoccupied it has become with elaborating ever more complex theories. There have really been no philosophical writings in the last half century or so who have succeeded in opening up new issues.  Such publications – from, let us, Thomas Kuhn’s Structure of Scientific Revolutions to Foucault’s Discipline and Punish – are by now all half a century old.

Geuss allows that, even without being creative, the discipline may continue for a while “as an exercise in running through traditional thoughts and forms of argument in pedagogical or propaedeutic contexts.” (p. 300) It may persist through mere inertia. “This is the current state of philosophy in the universities.” (p. 301) Its logical and linguistic puzzles may go on to occupy some minds as a harmless occupation and private pastime. But genuine philosophy can flourish only under very specific conditions. For it to exist “deeply rooted dissatisfaction with the state of our world must be experienced by some people who are living a life in which their basic physical needs are satisfied, are capable of focusing developed intellectual and cognitive powers on their situation, and do not think the situation is so self-evidently hopeless that there is no point in thinking about it.” (p. 299) Admittedly: “Just because nothing much seems to have happened since the 1970s doesn’t mean that the dying embers of the subject might not flare up into life again under the right circumstances.” (p. 298) But Geuss concludes despondently that “we cannot assume that as our world falls apart now in ecological catastrophe, there will necessarily be any renewal of philosophical activity.” (p. 299)

Should we agree with this dire assessment? We might answer Geuss that philosophy has previously gone through cycles of creativity and sterility, and that it has been in an unusually productive phase since the last quarter of the 19th century, one which seems now to have run its course. Phenomenology and existential philosophy, positivism and analytic philosophy all originated in this period. So one response to Geuss would be to counsel patience and see whether some new forms of philosophical thinking will eventually emerge. But what about his worry that in the face of a looming ecological catastrophe this is unlikely o happen. There are, of course, those who discern no such catastrophe ahead. But even if one agrees with Geuss on such a possibility, one might think that it is precisely what calls for philosophical engagement. Aren’t we faced with the question what it can mean for us to be human under the present conditions and why the human form of existence deserves to be preserved and nurtured? Are we justified in giving up on this question simply because the looming catastrophe may overwhelm us? Perhaps we should be saying in the words of T. S. Eliot’s Four Quartets: “There is only the fight to recover what has been lost and found and lost again and again: and now under conditions that seem unpropitious. But perhaps neither gain nor loss. For us, there is only the trying. The rest is not our business.”